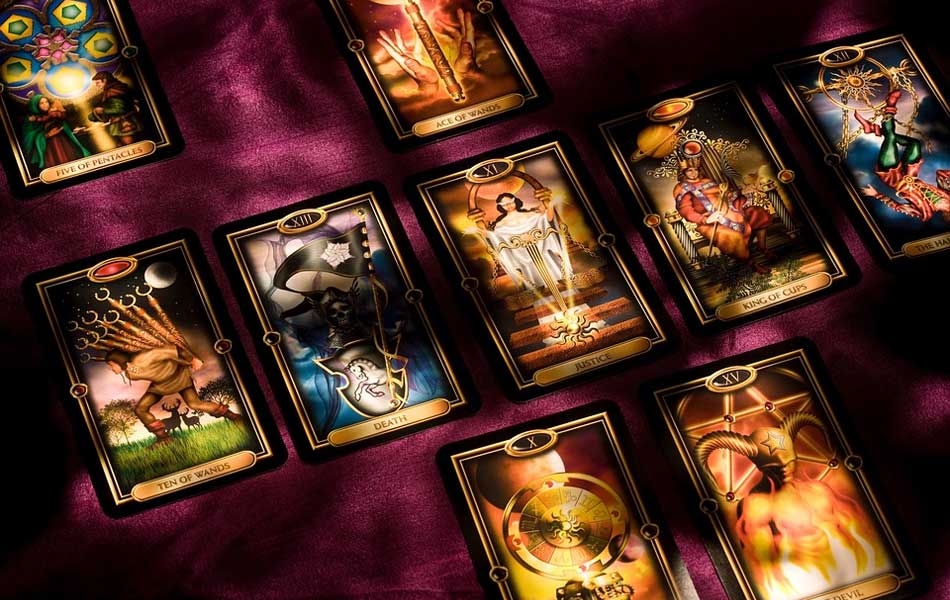 How to Gamble with Tarot Cards by Playing Triple Trump

Tarot cards are not only used to tell the future. A variety of gambling games using tarot cards have been invented to dazzle and entertain players. Triple Trump or “Trefeltromp” is a tarot card game that uses a 78-card Marseille tarot deck.

The game is much like poker. Many of the same poker rules apply to the game. Here are the rules of the game.

All players need to put down an equal amount of chips or money into the pot before the first deal commences. This bet can be less or more than the minimum bet that is required. Three face-down cards are then dealt with by every player. The betting always occurs clockwise, and the dealer will always deal cards counter-clockwise. Then there is an initial round of betting. All players remaining in play after everyone has called or folded may discard one of their cards randomly and receive another. Then the second round of betting will commence. Each player will choose one of the cards in their hands and place it on the table in front of them. If a trump card like the “major arcana” has been played, it trumps all other cards to win the round. The trump card that has the highest numerical value will win the round. In the tarot deck, the “World” card is the most valuable card in the game.

If no player manages to play a trump card, the next highest ranked cards are the Aces, followed by the face cards (Queen, King, Page/Princess, Knight/Prince). The face cards have an equal value.

Fans of astrology can duel online to win real cash. Duelz Casino treats players to an online gaming experience unlike any other. Learn how to create a Duelz account in a few simple steps and play real money games with players around the world.