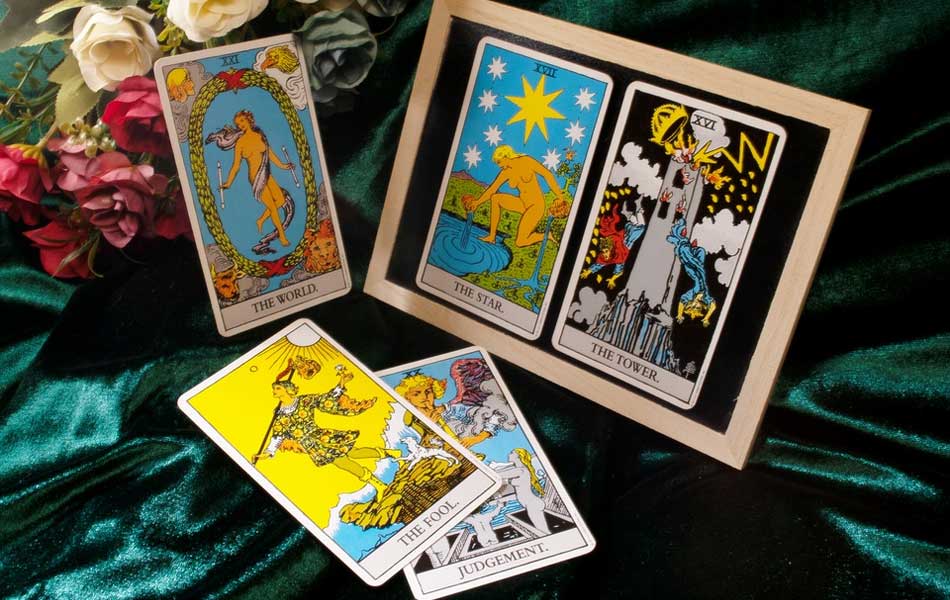 The tarot deck usually consists of 78 cards, each with its own symbolism and story. The deck is divided into the Major Arcana and the Minor Arcana. Here are four cards that stand out in a standard deck of tarot cards.

This tarot card is part of the Major Arcana section, which represents the universal human experiences as they relate to astrology. The Fool tarot card generally indicates that someone is about to embark on an exciting adventure. However, this adventure might involve taking a blind leap of faith.

The experience can contribute to personal growth, and it could be interpreted literally or figuratively.

This card contains attributes of intuition and matters that pertain to the unconscious mind. It is normally associated with withdrawal, silence, and repressed feelings. The upright position in a tarot reading indicates a time for listening and learning from your intuition and somewhat neglecting the conscious mind.

She teaches that you need to acquire more knowledge before acting or deciding on a matter. The High Priestess is also known as the gatekeeper at the ancient temples and advises to stop worrying about the outcome of something.

The Magician hails with attributes of willpower, manifestation, illusions, and creation. The tarot card reveals how desires and wishes can be realized through determination and willpower. This card reveals that a person may have the drive to make their dreams happen.

The Magician also advises to focus and concentrate on achieving a dream by planning and getting rid of any distractions to stay on track.

Expert tarot readers claim that the Fool, High Priestess, Magician, Empress, and Emperor are among the most decisive and influential characters in a standard deck of tarot cards.